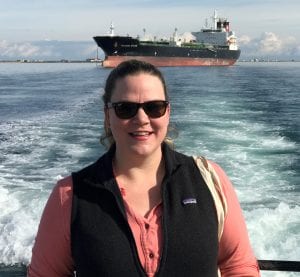 Twenty members attended.  Shirley Selz, Branch President, introduced our speaker, Andrea Morrison, who earned her bachelor’s degree in Maritime Operations and Technology from the US Merchant Marine Academy – a non-traditional and highly technical field with very few women colleagues.  Andrea has sailed on American flagged oil tankers, and she worked her way up to Captain.  In 2017, she joined the Aransas-Corpus Christi Pilots Association as the only female local port pilot.  In 2019, Andrea joined a major oil company where she serves as a Regional Maritime Assurance Assessor of health, safety, security, and environmental issues.  She assists in incident investigation and maritime safety programs.

Andrea provided an inspiring account of her formal and on-the-job training which involved years of working in tough environments, meeting challenges, and accepting new opportunities to advance her career in a highly technical field.  In the Merchant Marine Academy, she learned everything from how the engines on the ships work to firefighting – an essential skill for all mariners – and many other tasks that may appear to be mundane, but prove crucial for a ship, 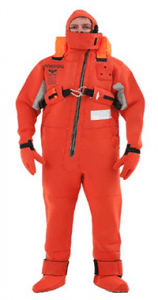 such how to change the directional lightbulbs at the top of the tower on a ship.  She described the experience of captaining a ship to be like steering a vehicle while someone else has their foot on the gas pedal – challenging and exhilarating.  During her presentation, Andrea shared pictures of her training and work, including ships she has sailed and various training activities, such as practicing putting on “gumby suits” which is what sailors call thermal protective immersion suits.

Andrea was asked if she would be interested in becoming a pilot at the Corpus Christi port, so she studied to obtain her U.S. Coast Guard Masters License and was confirmed as the first female pilot in 2017.  A port pilot is a local navigation expert.  Pilots must memorize a plethora of information about the local environment, such as knowing where the buoys and beacons are; knowing the depth, width, and location of the channel; and knowing the height of bridges.  Port pilots board ships heading into the port and navigate them safely to the docks.  Andrea mentioned that the port of Corpus Christi is one of the windiest ports in the U.S., and a pilot must plan and adjust maneuvers based on such information.

Roughly one percent of mariners are pilots, and less than one percent of women mariners get their Unlimited Masters (Captain’s) license.  Currently, in the entire U.S., there are only about 149 women with that credential.  Andrea is planning on getting her master’s degree and working with data analytics at her current place of employment in the future.  Andrea is certainly a role model for young women and girls.  She is a talented woman, forging a new path in a highly technical, male-dominated field.  We congratulate her on her accomplishments and wish her the very best for the future! 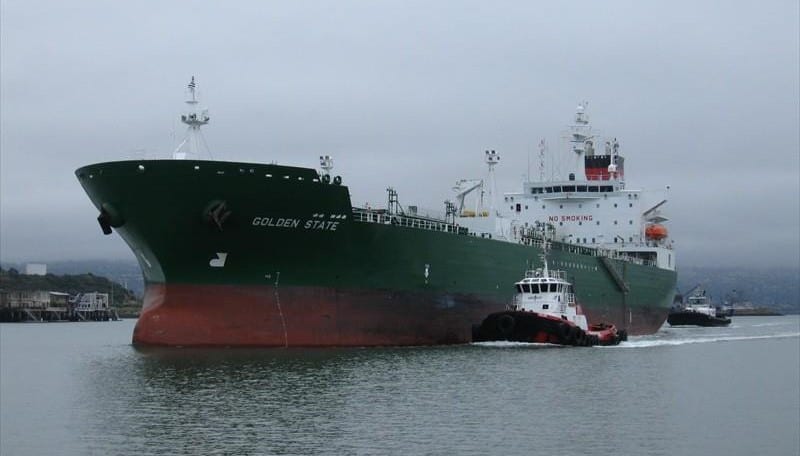 Andrea Morrison sailed on the “Golden State” for four years.